Vossius Gymnasium is a secondary school built in the sober style of the late Amsterdam School. A designated national monument, the school is undergoing redevelopment. Located beneath the courtyard, 9 metres below street level, are two 7-metre-tall competition-size sports halls. Fitted with a lift, the halls receive daylight through three large roof lights, which are surrounded by benches in the courtyard above ground. The sports halls are accessed by a lift housed in an extension, which also contains study space and support spaces. This extension – with integrated flower boxes – is symmetrically designed between the two rear entrances to the main building, opening up the fairly introvert courtyard facade. The architecture is a contemporary interpretation of the Amsterdam School style: sturdy ornamental brickwork with a play of symmetry and asymmetry. Ceramic facade tiles – painted by pupils – depicting small foxes and air vents are incorporated as ornaments into the facade pattern. The extension is clad in brickwork in subtle tones of grey that match the greys of the existing roofs. The walls supporting the three roof lights that admit daylight into the underground sports halls are executed in the same brickwork. Inside the monumental fence, which has been preserved, a row of new trees extends along an elongated brickwork-enclosed bed. The two raised ends of the bed align perfectly with the raised tops of the wall. Concealed from view behind these raised elements are the containers. The bicycles that previously filled the courtyard are housed in the basement bike shed reached via a new entrance in the extension.
The lower of the two former sports halls, which features a distinctive row of windows, now houses a canteen while the hall above now contains learning spaces. Previously bordered by introvert facades, the courtyard is now the heart of the building thanks to the canteen, the extension containing the study space, the access to the sports halls and the rear entrance that now functions as a second main entrance.
The brickwork pattern of the courtyard – which has been resurfaced – conceals the position of the basement, and the thick layer of sand above allows new trees to take root and create a green oasis. The interior – dominated by wood – consists of a number of interventions made of solid Plato wood, and elements such as the long wall in the canteen with all the lockers behind it, a new concierge space, and an extra stairs to the attic. The use of materials both inside and outside aligns with the sturdy character of the original materials. 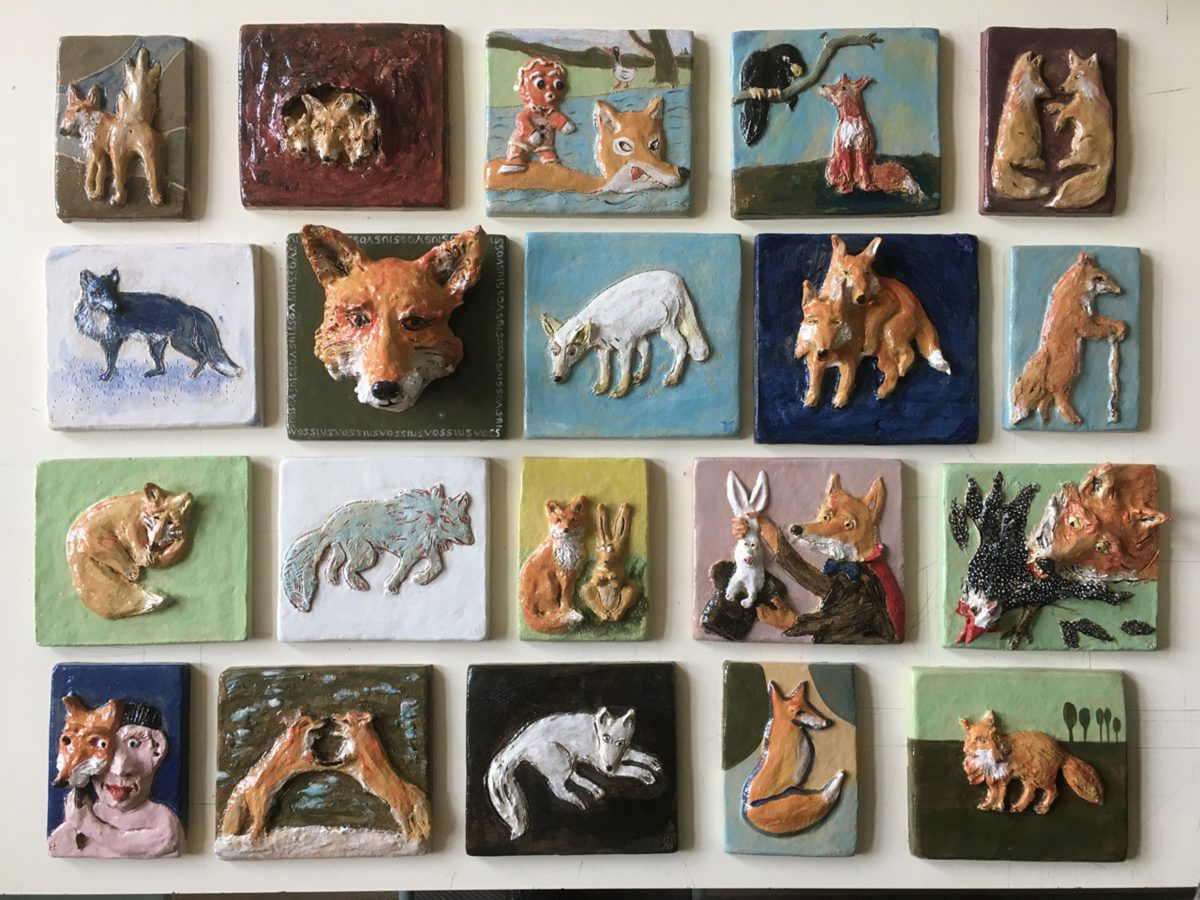 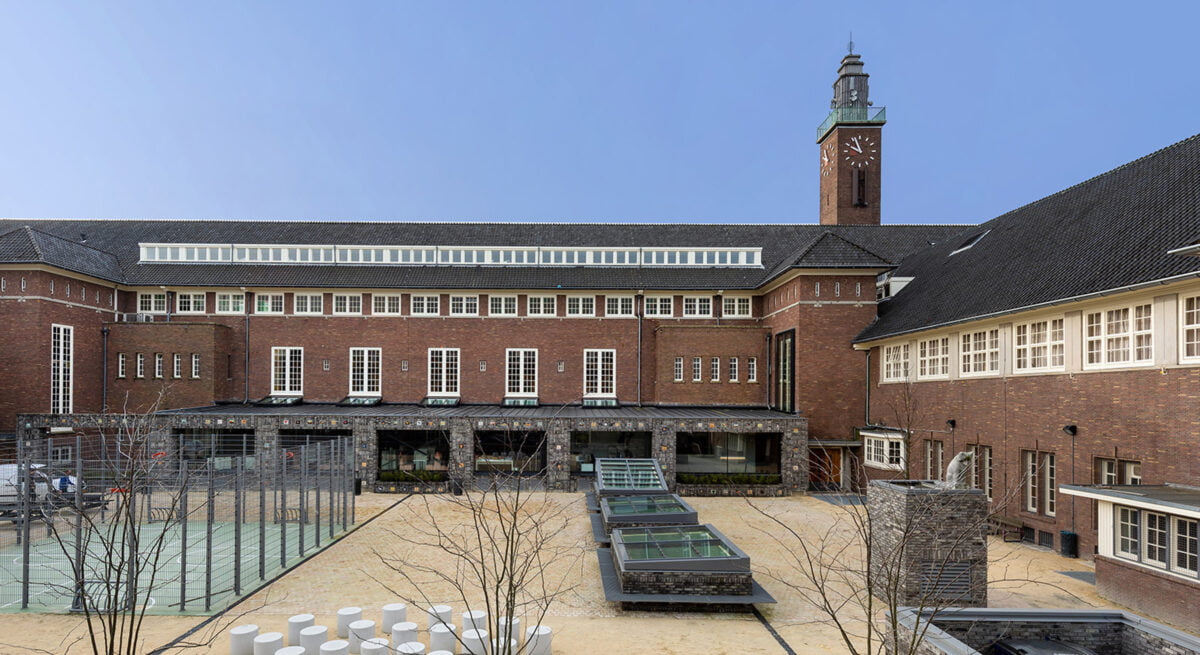